“(un)missed connections (Jacob Weiser Playwriting Award for a Fully Realized Drama, Stark Award in Drama in Memory of Ross Alexander- honorable mention) is a modern drama. It is a brief glimpse into the lives of eight strangers, brought together through chance – and Craigslist. It’s about being at the right place at the right time, or wrong time. Its about searching, online, in line, next to you, across an empty room, even on a massage table for a moment, for a connection.”

Trailer for the 2012 production. 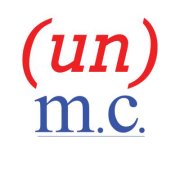 (un)missed connections had a three day workshop with the Abstract Sentiment Theatre Company from May 1rst to May 3rd  2014.

Abstract Sentiment Theatre Company strives to create an immersible artistic platform that implicates the collision between art, dance, music and theatre. It focuses on experimentation of new works as well as it revisits the classics.
Directed by Devon James; the Workshop will last from May 1st to May 3rd in Shetler Studios.

The Planet Connections Festivity Inc. is New York’s premiere eco-friendly/socially conscious not-for-profit arts festival. Fostering a diverse cross-section of performances, the festivity seeks to inspire artists and audiences both creatively and fundamentally, in a festive atmosphere forming a community of like-minded artists. At the heart of the festivity are individuals striving to create professional, meaningful theatre, film, music and art, while supporting organizations, which give back to the community at large. 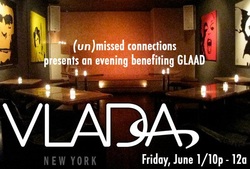 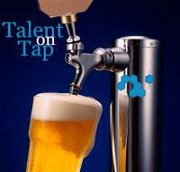 (Un)Missed Connections then moved on to Dreamcatcher Entertainment, who through "Talent on Tap, held a developmental staged reading and talkback with the playwright on December 19th 2011 in New York City
The Talent on Tap series is an opportunity for playwrights to continue developing their work in an open environment- we do a simple staging and provide actors to help voice the piece, and then afterwards there is an open talkback with the audience so the playwright can gain constructive feedback as the organic writing process continues to develop. Talent on Tap is a playground for the creative associates of Dreamcatcher to put up pieces of all sorts; there is no one set genre or style of theatre. It is an open forum for playwrights to continue the creative process in a very supportive environment.

(Un)Missed Connections began as part of a play writing workshop in F.A.C.T. (Friends Always Creating Theatre) in fall of 2011.

Later in October it was included in Untucked, a festival of 5 short plays celebrating the LGBT Community. Originally produced by F.A.C.T.and the Baruch Performing Arts Center.

A Statement in Planet Connections Blog: The Green Room