​In Credence, South Dakota, Marlys Brooks cheers on the church’s ever-losing baseball team, “The Holy Cows.” Being the minister’s wife, she uses these gatherings to give out advice and support. But this Sunday, Marlys is suffering a lapse of faith. Hiding this, she places her hope in an unlikely source…
​

"A compelling story of baseball and faith. The game provides a world of meaning in community and being stronger together. When a woman is down for the count, she finds the hope to keep going and restore. It ain't over till it's over! Beautiful!"- Cheryl Bear, New Play Exchange

"This new musical has heart!" 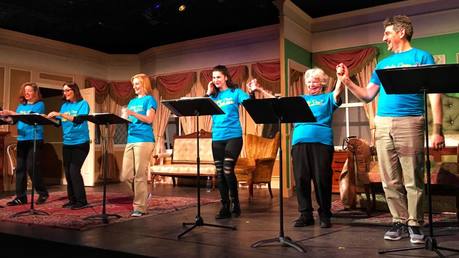 ​The Holy Cows of Credence South Dakota ran as part of the Overtures series at the Gallery Players in Brooklyn NY,  March 19-20 2018
Gallery Players has created a new program in order to directly support the development of new musicals. OVERTURES will offer staged readings of six new musicals, thereby fostering the creation of new musical theatre and supporting the talented composers and writers as they refine their work.  The series is helmed by theatre director and scholar, Barrie Gelles and will feature the talents of a roster of exceptional up-and-coming performers and directors. 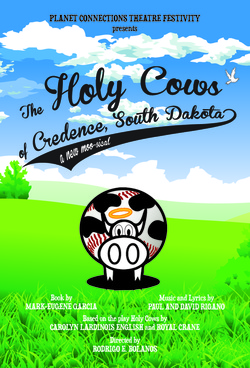 The Holy Cows of Credence, South Dakota ran in the Planet Connections Theatre Festivity at the Robert Moss Theatre from June 2-19th.

The Holy Cows presented a fun night out,  getting together to support The Holy Cows and celebrate three very special milestones for three of our friends!
Opening night for The Holy Cows was June 2nd, which was also our director Rodrigo's birthday. Also that Friday, we celebrated our playwright and producer Mark-Eugene's graduation as well as our host for the evening John Raymond Barker's birthday!


​Performances included appearances by the cast and creative team of The Holy Cows of Credence, South Dakota. 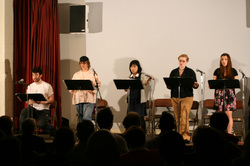 The Holy Cows of Credence, South Dakota was part of The Puzzle: Marble's Festival of New Works from May 2nd-8th 2011 in New York, NY.

“The Puzzle: Marble’s Festival of New Work,” is produced by Brian Hampton, Director of ARTS Ministry, and Artistic Director, Marya Spring Cordes. It is an exciting week of dramatic work fresh off the press. The plays will feature actors and singers from New York City and the Marble Community. 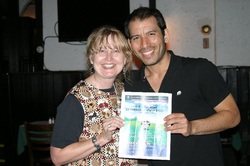